Just 20 minutes to Heidelberg, the German Wine Route, or the Castle Park in Schwetzingen – and just 30 minutes for hiking in the Odenwald: Mannheim is the perfect base camp for short trips to the Rhine-Neckar tourist region.

Just 20 minutes to Heidelberg, the German Wine Route or the Castle Park in Schwetzingen – and just 30 minutes for hiking in the Odenwald: Mannheim is the perfect base camp for short trips to the Rhine-Neckar tourist region.

Because let's be honest: Mannheim has a lot to offer, but not everything. We have a baroque castle almost as big as Versailles – but no Heidelberg Castle and no old town. We have the water tower, the art nouveau Friedrichsplatz and the architectural wonder Multihalle – but no cathedral like Worms or Speyer. Mannheim is a shopping paradise known far beyond the city borders, but we don't have vineyards and wine festivals like in the Palatinate. We have the trendy Jungbusch district and a buzzing nightlife – but no cycling and hiking trails through the Odenwald or the Neckar Valley.

But the great thing about Mannheim is that we have all this right on our doorstep!

Mannheim, the city of squares, may seem unconventional and complicated to some at first glance. But the appearance is deceptive because actually, the urban planning principle behind it is quite simple to understand.

Four corners with right angles – the basic requirement for squares. Mannheim has exactly 144 of them. They stretch between the castle and the Neckar River, between the water tower and the Kurt Schumacher Bridge.

If you've ever looked at Mannheim's city on a map, you already know: The combined total of the squares does not make a large square. The shape is more similar to a horseshoe. The unique appearance dates back to the beginning of the 17th century: When Elector Frederick IV of the Palatinate laid the foundation stone for the city in 1606, it had to meet all the military requirements on the one hand and conform to the ideals of the Renaissance on the other. In no time at all, the planned city with its checkerboard pattern was constructed, which, according to legend, later served as a model for Manhattan.

Mannheim is located at the confluence of the Rhine and Neckar rivers in the Upper Rhine lowlands in the federal state of Baden-Württemberg. The city is connected to Ludwigshafen am Rhein in Rhineland-Palatinate via two bridges. World-famous Heidelberg is only a stone's throw away. To the north-east, the Mannheim city area borders on Hesse.

Mannheim has a population of 320,000. This makes it the second largest city in Baden-Württemberg after Stuttgart.

Mannheim scores with many metropolitan qualities, but has retained a bit of small-town charm. The chaos and anonymity of the big city are alien to it. 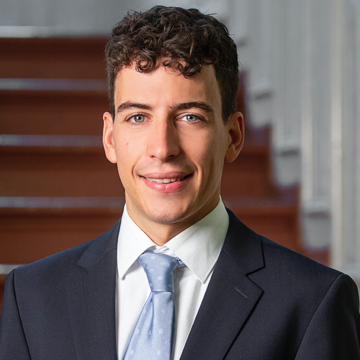 If you have any questions, please contact Stefan Hartmann.