Let's stay in touch with our newsletter

Receive news on our programs and important deadlines right to your inbox!

The Mannheim Master in Management – in short: MMM - is the most flexible master's program in business administration in Germany. Every semester, it gives you the opportunity to choose exactly the courses from our curriculum that match your individual career plans.

Our internationally leading professors in the field of business administration teach and challenge you daily to apply new knowledge in order to act successfully and responsibly in a constantly changing business world.

Enjoy the international learning atmosphere – on the Mannheim campus and during a semester abroad – and benefit from our large network of partner companies and partner universities. Let your career start in Mannheim!

What makes our Mannheim Master in Management unique? Certainly, the variety of specialization options which is the perfect steppingstone to your career. Our master's students receive both an analytical and hands-on education for management positions in all industries. At the same time, we provide our students with tools to act responsibly. With this profile, they are at the top of human resources departments’ wish lists at German companies*.

*University ranking by the magazine Wirtschaftswoche 2021

in Germany in the “WirtschaftsWoche HR ranking 2021”

in Germany in the THE subject ranking

teaching language German and English; or: 100% English (for students without knowledge of German)

ECTS, 92 for the optional area
and 28 for the mandatory area,
module catalog

During your bachelor’s studies, you have laid the foundation with the basics of business administration for a master's degree. Now, with your individual professional goals in mind, you can put together your own curriculum in the MMM. You receive 92 ECTS for the elective courses (including the master’s thesis) and 28 ECTS for the mandatory courses - it could hardly be more flexible.

freely chooseable from the
area “Elective”

The following options are only a small range of specializations you can choose from in the MMM. View them as ideas on how to design your tailor-made master's program. In the end, you decide – at the beginning of every semester – if you want to specialize in one field or follow multiple interests and combine different areas. As an MMM-student you stay flexible throughout your studies.

The MMM elective gives you the option to attend seminars or lectures of other schools of the University of Mannheim. Electives can be chosen from the School of Humanities, the School of Social Sciences, the School of Business Informatics and Mathematics or the Departments of Economics, Law, or Business Education. With an elective you can either complement your specialization or broaden your perspective and look beyond business studies.

What most attracted me to the MMM was the amount of flexibility available in the module selection. I really enjoyed the English module offering, which was very diverse. The money value for such high quality and well ranked program made Mannheim my first choice. Overall, I think the MMM is a very well balanced program and I am enjoying my experience thoroughly. 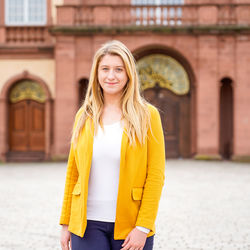 What I like most about the MMM is the fact that I can adapt the program to my interests because the choice of courses is structured very flexibly. I also find the teachers to be very competent and supportive. They always respond in detail to the students’ queries and also encourage us to engage in discussions. Moreover, thanks to the international orientation of the master's program, you get to know people from all over the world. When we work together in group projects, we are able to shed light on topics from various perspectives because we have the most diverse backgrounds and experiences. In general, I find the atmosphere in the program very motivating and stimulating. It makes me always want to do my best. 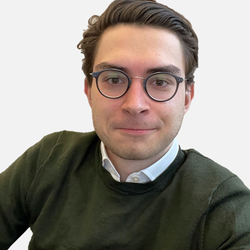 The MMM offers tremendous flexibility in terms of content and time. For me, a short study program was important – I completed all exams in the first two semesters and then the master's thesis in the third semester – to be able to quickly gain initial professional experience afterwards. The MMM undoubtedly provides the necessary content and methodological foundation for this. The wide selection of courses offers the opportunity to specialize in various topics. Personally, I did not specifically specialize, but rather took many different courses.

Higher education in Germany is publicly financed by the government in order to be accessible to students from all socio-economic backgrounds. This makes education at the University of Mannheim free for students from the EU and the EEA, with the exception of semester fees that cover administrative costs. Tuition fees do apply to non-EU/EEA international students who enroll at a higher education institution in the state of Baden-Württemberg, to which the city of Mannheim belongs. Tuition fees amount to EUR 1,500 per semester.

Studying in Mannheim means studying in the heart of Germany, close to Heidelberg, Frankfurt, Munich, and Paris. Nick-named the “city of squares”, Mannheim is often compared to New York because of its famous grid system. Together with its neighboring cities Heidelberg and Ludwigshafen, Mannheim is part of the Rhine-Neckar metropolitan region. About 2.4 million inhabitants, a great infrastructure and several companies form one of the most attractive business hubs in Germany. Next to its industrial charm, Mannheim has many green areas along its two rivers. It also offers a great variety of shopping, nightlife, restaurants, museums, and cafés. Another local gem is the close-by Palatinate, a well-known wine growing region ideal for hiking trips. Learn more about studying in Mannheim.

When it comes to higher education, Germany is one of the most important non-English-speaking host countries in Europe. Many master's programs are offered entirely in English and the quality of education is very high, making Germany an attractive study destination for non-native speakers from around the world. This also applies to the MMM: during the application process, you can opt for the “English track” of the program and study entirely in English -  no prior knowledge of German needed. More than 30% of students studying the MMM come from abroad.

If you would still like to learn German upon your arrival, the University of Mannheim offers German language courses for incoming students.

The Business School of the University of Mannheim has a large network of corporate partners in a wide range of industries. You can start your career right at the beginning of your studies, as we regularly invite you to workshops, lectures and other campus events. You will be able to get into direct contact with company representatives and find out about career opportunities. Through our job board, you'll find exciting internships and job offers from our partner companies. And surveys among human resources managers confirm time and again: business administration graduates from the University of Mannheim best meet their expectations. 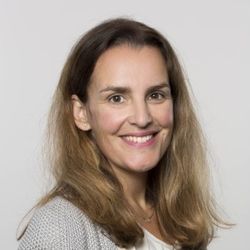 We especially appreciate that students from the University of Mannheim bring along the right balance between high commitment and social responsibility. Many graduates of the University of Mannheim Business School are now working for our brands NIVEA, Eucerin or Hansaplast at the Beiersdorf headquarter in Hamburg – via direct employment, a trainee program or internship. 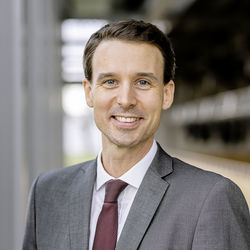 Every year, we come to the campus of the University of Mannheim in order to raise enthusiasm for Würth among talents through workshops and guest lectures. Over the course of the last years, we have already been able to win several graduates over for diverse roles within the entire world of Würth. As a graduate of the University of Mannheim myself, I am of course looking forward to these recruitment events – it always feels like a small homecoming. 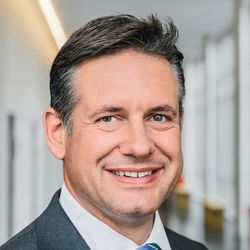 We’ve had a lot of success with students from Mannheim. They are educationally absolutely up to the level where we want them to be, well prepared and professional. The people that study here are also down to earth and they are ready for the challenges that we present them. That mix is what convinces us to continue to hire from here.

Do you have further questions about the Mannheim Master in Management? Don't hesitate to book an individual study counseling.